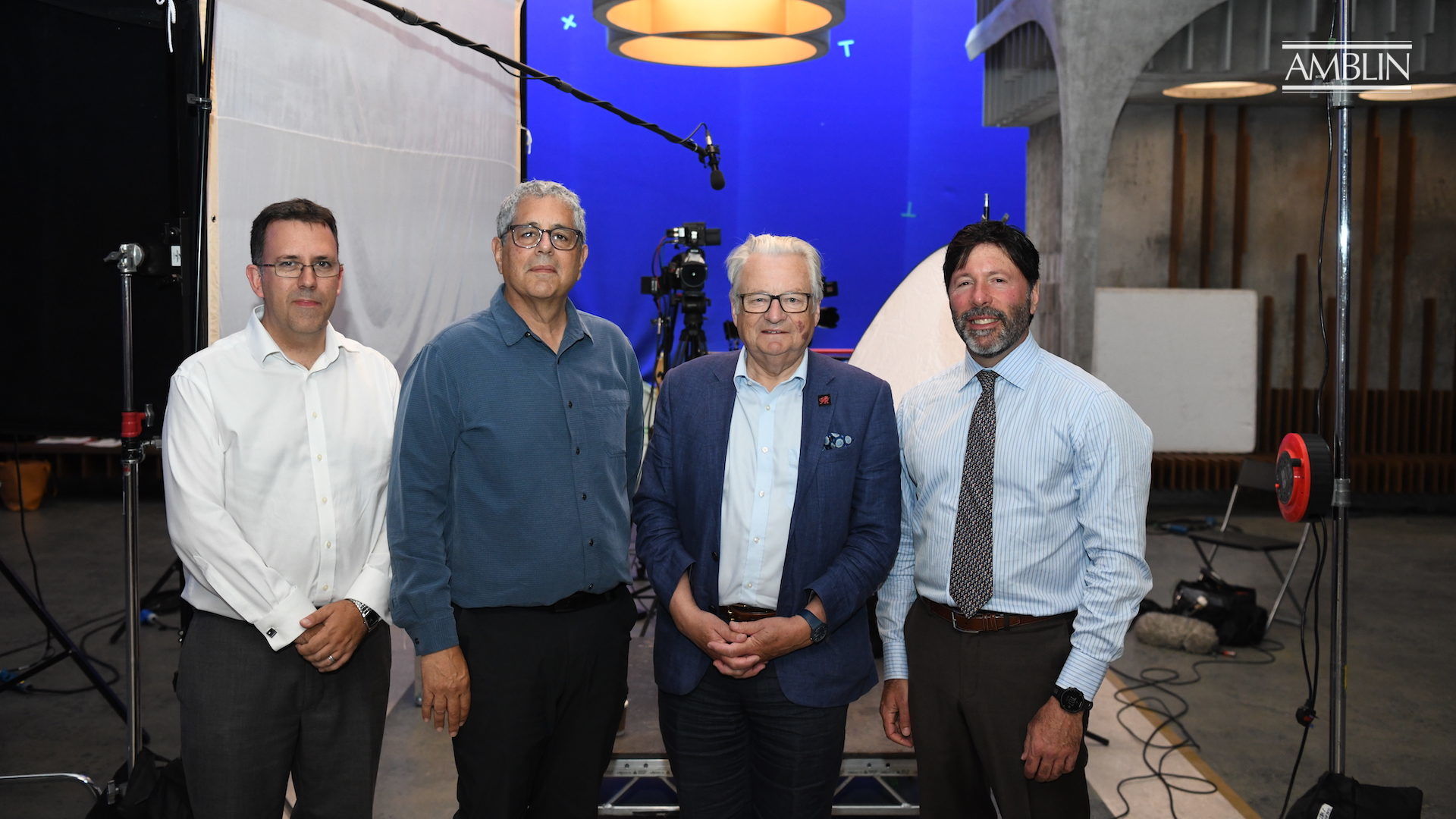 UNIVERSAL CITY, CA – August 1, 2019 – UCP and Amblin Television today announced the start of production on season one of Brave New World. Based on Aldous Huxley’s groundbreaking 1932 novel, Brave New World imagines a utopian society that has achieved peace and stability through the prohibition of monogamy, privacy, money, family, and history itself.

The series, which received a straight to series order earlier this year from USA Network, will be executive produced by David Wiener (Homecoming, The Killing, Flesh and Bone) and Grant Morrison (SYFY’s HAPPY!) via their overall deals with UCP, along with Darryl Frank and Justin Falvey (The Americans), co-presidents of Amblin Television. Brian Taylor (HAPPY!, Crank) will executive produce on the first episode. Wiener will also serve as series showrunner. Owen Harris (Black Mirror: San Junipero, Black Mirror: Striking Vipers) will direct the first two episodes and executive produce the series.

Filming in Wales was made possible with the support of a grant from Wales Screen. As a result, Brave New World will shoot at Dragon Studios in Llanharan, as well as film on location in and around South Wales and other parts of the U.K.

Speaking during a visit to Dragon Studios, the Welsh Government’s Deputy Minister for Culture, Sport and Tourism, Lord Elis-Thomas, said: “This is a landmark moment for the creative industries sector in Wales. The importance of our investment in this production to the future development of our film and television industry cannot be understated. This is set to be the largest production ever filmed here. NBCUniversal bring with them a strong brand and impressive training programme, giving the Welsh workforce a fantastic opportunity to work on something of a scale not previously seen here.”

With Brave New World, NBCUniversal implemented its Production Assistant Training Program in Wales, a first-of-its-kind workforce development program focused on helping local individuals that were unaware how to or previously found it difficult to gain entry to the audio visual workforce. The PA program resulted in 55 local Wales residents being trained to work on high end television production in the burgeoning Wales screen sector.

About Universal Content Productions (UCP)
UCP is a premium content studio that operates with a highly curated indie sensibility, while simultaneously leveraging the power and scale of NBCUniversal. As fierce advocates for creators with an eclectic point of view, the UCP team develops pioneering and award-winning scripted programming with partners such as Amazon (Homecoming), Netflix (The Umbrella Academy), Hulu (The Act) and YouTube (Impulse), as well as NBCUniversal’s Bravo (Dirty John), USA (Mr. Robot, The Sinner, The Purge, Suits) and SYFY (The Magicians). UCP’s content library also features more than 800 hours of award-winning and critically-acclaimed content, including Monk, Battlestar Galactica and Psych.

About USA Network
USA Network, the #1 cable entertainment network for a record 13 years and counting, is home to the most compelling television properties in the industry. Serving a broad, passionate fanbase, USA’s diverse slate includes popular award-winning dramas, unfiltered family comedies, buzzy unscripted, weekly live WWE programming, and a portfolio of sought-after acquired series and movies. USA is part of NBCUniversal, one of the world's leading media and entertainment companies. NBCUniversal is a subsidiary of Comcast Corporation.

About Amblin Television
Amblin Television, a long-time leader in quality programming, is a division of Amblin Partners, a content creation company led by Steven Spielberg. Amblin Television’s co-presidents, Darryl Frank and Justin Falvey, oversee all development, production and programming for the company. Amblin Television currently has thirteen projects in various stages of production including Tommy for CBS, a second season of Roswell, New Mexico for TheCW, The Haunting of Bly Manor for Netflix—the follow-up chapter to The Haunting of Hill House, Halo for Showtime, the straight-to-series order for Brave New World from USA Network, Amazing Stories for Apple, Cortés and Moctezuma for Amazon, Gremlins Secrets of the Mogwai for HBO Max, Animaniacs for Hulu, Why We Hate for Discovery, Resident Alien for SYFY, and the documentary films Natalie Wood: What Remains Behind for HBO and Laurel Canyon for Epix.

Some of Amblin Television’s previous credits include the Emmy and Golden Globe Award-winning drama The Americans for FX, Emmy-nominated HBO movie All The Way starring Bryan Cranston, Smash for NBC, Under the Dome for CBS, Falling Skies for TNT, The Borgias and The United States of Tara for Showtime, and Las Vegas for NBC. 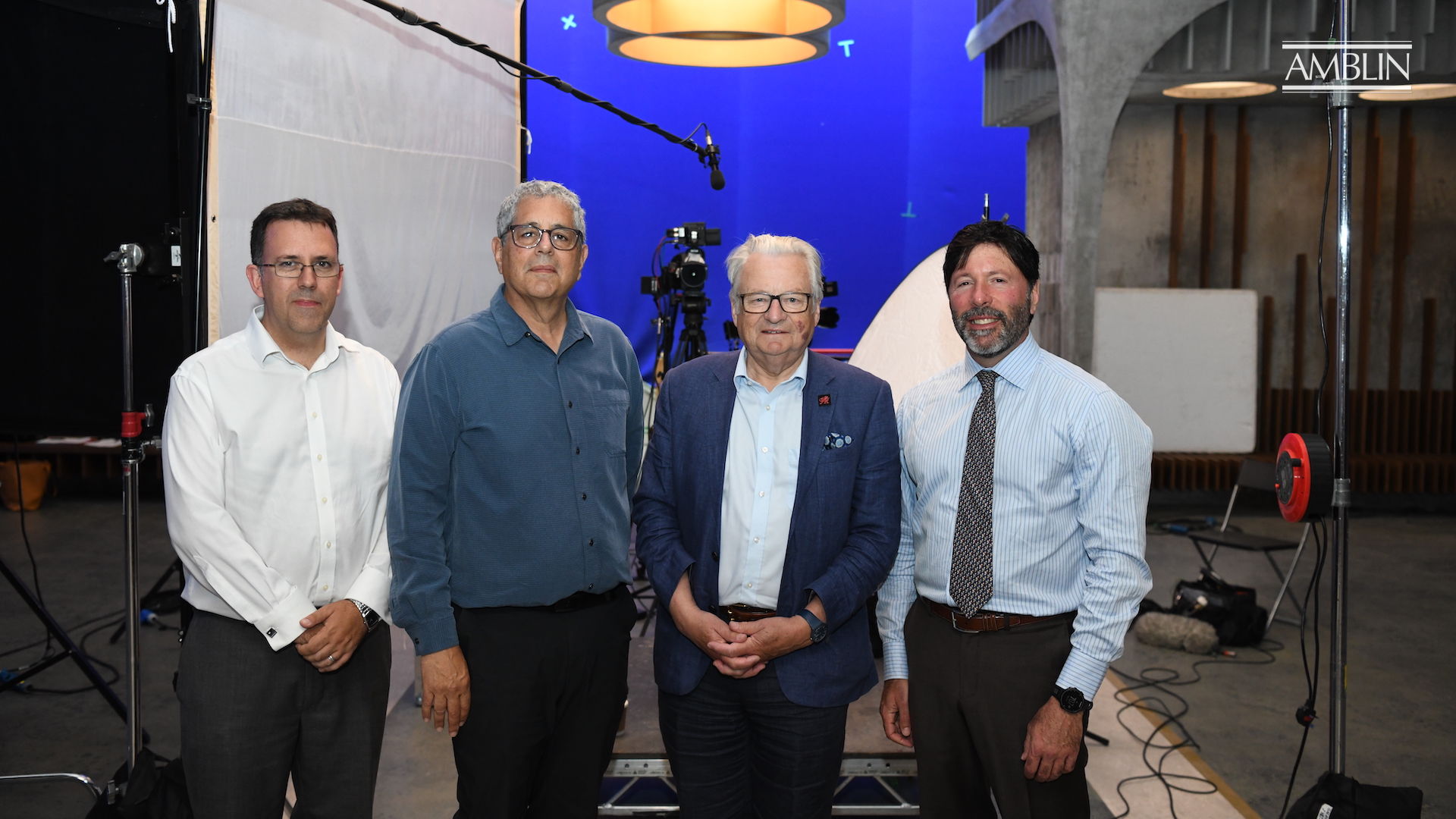