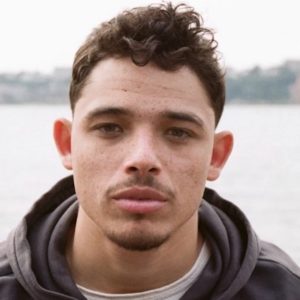 Amblin Partners announces Anthony Ramos (A Star is Born, upcoming In the Heights) as the lead of its coming comedic sci-fi film Distant. Will Speck and Josh Gordon, co-directors of Blades of Glory and Office Christmas Party for DreamWorks Pictures, will direct from a Spenser Cohen-penned spec script.

Distant tells the story of an asteroid miner who, after crash-landing on an alien planet, must contend with the challenges of his new surroundings, while making his way across the harsh terrain to the only other survivor – a woman who is trapped in her escape pod.

Brian Kavanaugh-Jones, Fred Berger and Anna Halberg will produce. Speck and Gordon will also serve as executive producers, along with Jonathan Rothbart and Matt Hirsch. Kevin Vafi will co-produce. Jeb Brody, Amblin Partner’s co-president of production, and John Buderwitz, creative executive, will oversee for the studio.

Ramos starred in the original cast of the Tony and Grammy Award-winning Broadway phenomenon Hamilton. He will next be seen staring as the lead in Lin-Manuel Miranda’s highly-anticipated In the Heights movie directed by Jon M. Chu that will be released by Warner Brothers in June 2020.

Most recently, Ramos appeared in the Academy Award-winning A Star Is Born opposite Bradley Cooper and Lady Gaga as well as Neon’s Monsters and Men for which he won the Imagen Award for Best Actor in a Feature Film. Ramos voices a character in the Dreamworks Animation feature Trolls World Tour that will be released in April 2020 and appeared in the May 2019 worldwide the box office hit Godzilla: King of Monsters and Spike Lee’s critically-acclaimed Netflix series, She’s Gotta Have It.