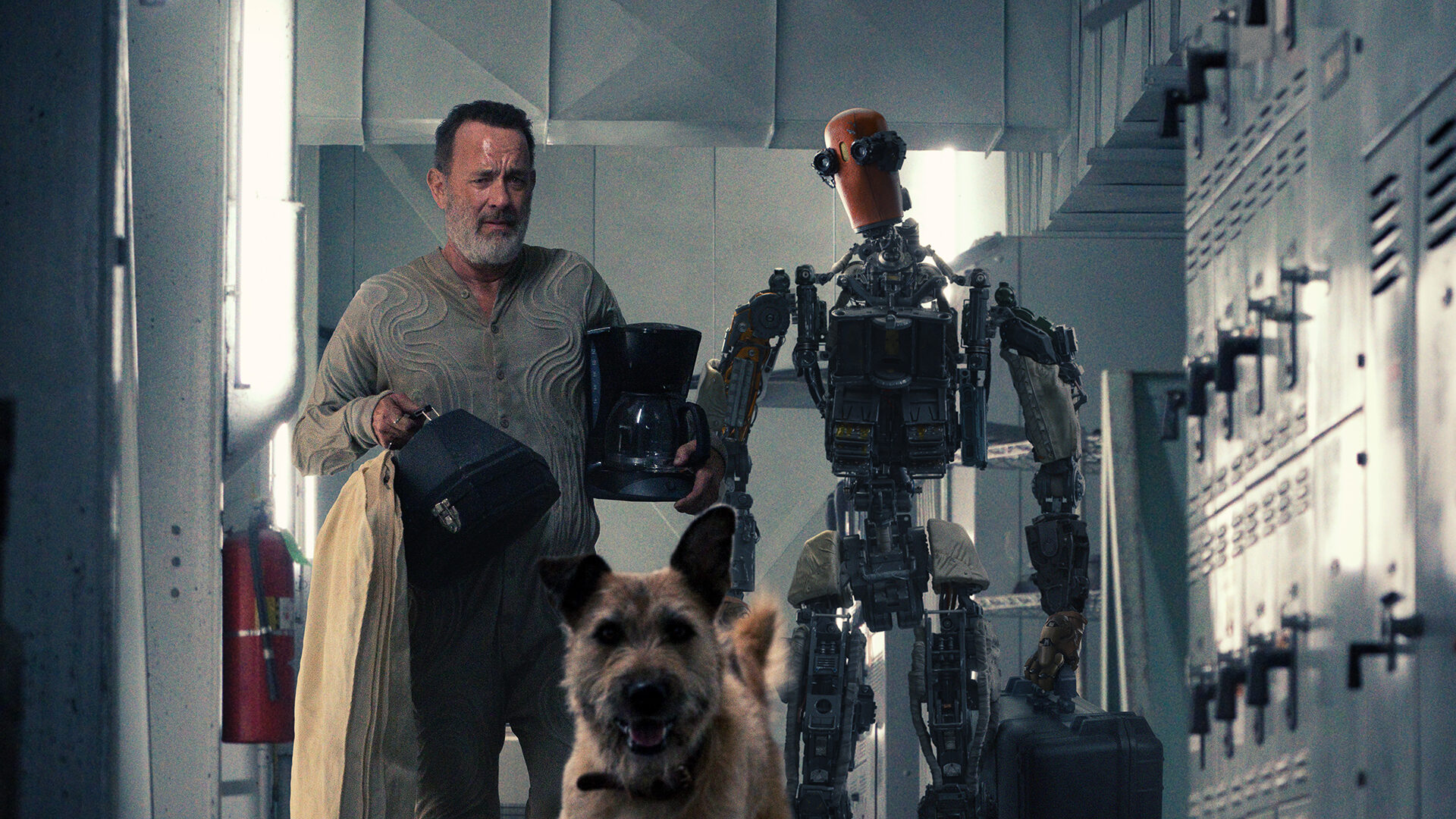 In Finch a man, a robot and a dog form an unlikely family in a powerful and moving adventure of one man’s quest to ensure that his beloved canine companion will be cared for after he’s gone. Hanks stars as Finch, a robotics engineer and one of the few survivors of a cataclysmic solar event that has left the world a wasteland. But Finch, who has been living in an underground bunker for a decade, has built a world of his own that he shares with his dog, Goodyear. He creates a robot, played by Jones, to watch over Goodyear when he no longer can. As the trio embarks on a perilous journey into a desolate American West, Finch strives to show his creation, who names himself Jeff, the joy and wonder of what it means to be alive. Their road trip is paved with both challenges and humor, as it’s as difficult for Finch to goad Jeff and Goodyear to get along as it is for him to manage the dangers of the new world.

Momentum around Apple Original Films continues to build with the upcoming premiere of history-making CODA, the first film to win all top prizes at Sundance Film Festival; Emancipation from director Antoine Fuqua and starring and produced by Academy Award nominee Will Smith; Martin Scorsese’s Killers of the Flower Moon, starring Leonardo DiCaprio and Robert De Niro; the Mahershala Ali and Naomie Harris’-starred Swan Song; Joel Coen’s The Tragedy of Macbeth, starring Denzel Washington and Frances McDormand, in partnership with A24; Sharper, from A24, Brian Gatewood and Alessandro Tanaka, starring and produced by Academy Award winner Julianne Moore; upcoming YA adaptation The Sky is Everywhere, directed by Josephine Decker and starring Grace Kaufman, Cherry Jones and Jason Segel, and more. Apple’s also has feature deals with A24, Imagine Entertainment, Skydance Animation and Adam McKay’s Hyperobject Industries.

Apple TV+ is available on the Apple TV app in over 100 countries and regions, on over 1 billion screens, including iPhone, iPad, Apple TV, iPod touch, Mac, select Samsung, LG, Sony and VIZIO smart TVs, Amazon Fire TV and Roku devices, Chromecast with Google TV, PlayStation and Xbox consoles, and at tv.apple.com, for $4.99 per month with a seven-day free trial. For a limited time, customers who purchase a new iPhone, iPad, Apple TV, Mac or iPod touch can enjoy one year of Apple TV+ for free. This special offer is good for three months after the first activation of the eligible device.