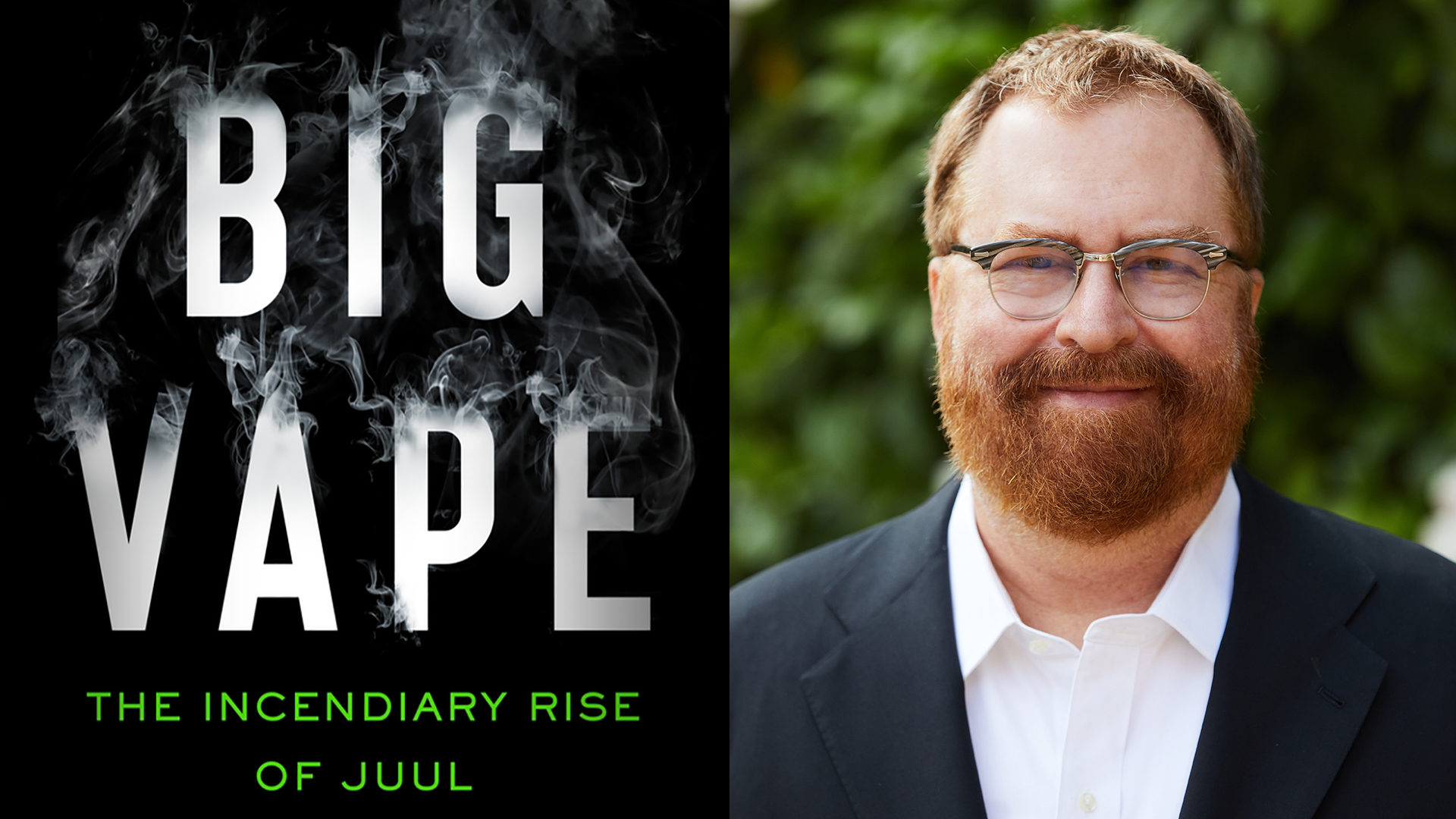 UNIVERSAL CITY, CALIFORNIA (February 18, 2021) – Amblin Television and R.J. Cutler’s This Machine announced today that they are in development on a documentary series based on Jamie Ducharme’s upcoming non-fiction book Big Vape, after Amblin optioned the rights late last year. The two companies will partner with TIME’s Emmy award-winning television and film division TIME Studios to tell the high-drama, rags-to-riches story of the controversial e-cigarette company Juul, which transformed from a scrappy tech start-up to a multi-billion-dollar tobacco company—and in the process helped spark what top health authorities labeled an “epidemic” of youth addiction. Cutler, the Emmy Award-winning and Academy Award-nominated director whose highly anticipated Billie Eilish: The World’s A Little Blurry will be released worldwide in theaters and on Apple TV+ February 26, will direct and executive produce the series.

Executive producing with Cutler are Amblin Partners’ Co-Presidents of Television Darryl Frank and Justin Falvey (The Americans, Why We Hate), and This Machine’s Trevor Smith (Belushi, Billie Eilish: The World’s A Little Blurry) and Elise Pearlstein (American Factory, Food, Inc.). TIME Studios’ Mike Beck, Rebecca Teitel and Ian Orefice will serve as co-executive producers. Todd Cohen and Clint LaVigne will work with Frank and Falvey to oversee the day-to-day development of the project for Amblin.

Big Vape, which will be published in June this year by Henry Holt, is the culmination of several years of reporting by Ducharme. As a staff writer at TIME, she covers health, science, and medicine and has written almost 40 articles on vaping since joining the publication three years ago. Her cover story, “The New American Addiction: How Juul Hooked Kids and Ignited a Public Health Crisis,” broke news as one of the first in-depth narratives on the crisis and was one of TIME’s most read stories of 2019. Becky Sweren of Aevitas Creative Management handled the book deal, selling Ducharme’s book to Holt in a major pre-empt.

R.J. Cutler is an award-winning director and producer who has made some of the most significant documentary films and television series of the past quarter century including the Oscar-nominated The War Room, the Emmy- nominated A Perfect Candidate, the Sundance Award-winning The September Issue, the Peabody Award-winning Listen to Me Marlon, The World According to Dick Cheney and Thin. He has also been a pioneer in the area of non-fiction television, having created such landmark programs as American High, (winner of the first Emmy Award for Outstanding Non-Fiction Television Series), Freshman Diaries and 30 Days. Cutler’s scripted work includes conceiving and directing Nashville, directing the feature film If I Stay starring Chloe Grace Moretz, and creating, writing, directing and producing the Webby Award-winning podcast The Oval Office Tapes.

Cutler’s most recent work includes the critically acclaimed feature documentary Belushi for Showtime and the documentary series Dear…, for Apple TV+, which profiles subjects including Spike Lee, Lin Manuel Miranda, Gloria Steinem and Misty Copeland by telling their stories through the eyes of those who have been impacted most by their work. His highly anticipated Billie Eilish: The World’s A Little Blurry, an all-access intimate look at the life of the 19 year-old pop sensation who last year became only the second person in history to win all four major Grammy Awards in a single year, will be released worldwide in theaters and on Apple TV+ on February 26.

Cutler is represented by Lighthouse Management + Media, CAA and Jeanne Newman at HJTH.

About Amblin Television
Amblin Television, a long-time leader in quality programming, is a division of Amblin Partners, a content creation company led by Steven Spielberg. Amblin Television’s co-presidents, Darryl Frank and Justin Falvey, oversee all development, production and programming for the company. Amblin Television currently has nine projects in various stages of production and release, including Resident Alien for SYFY, the second season of Animaniacs for Hulu, The Haunting of Bly Manor for Netflix, third and fourth seasons of Roswell, New Mexico for The CW, Halo for Showtime, Masters of the Air for Apple, two seasons of Gremlins: Secrets of the Mogwai for HBO Max, Tiny Toons Looniversity for HBO Max and Cartoon Network, and an untitled Goonies Re-enactment Project pilot for Fox.

Some of Amblin Television’s recent credits include the Emmy Award-winning series Why We Hate for Discovery, three-time Emmy nominated Laurel Canyon: A Place in Time for EPIX, and Natalie Wood: What Remains Behind for HBO which made its debut at the Sundance Film Festival last year. Amblin Television also produced the Emmy and Golden Globe Award-winning drama The Americans for FX, the Golden Globe-nominated and double Emmy Award-winning mini-series Into the West for TNT, the Emmy-nominated HBO movie All the Way starring Bryan Cranston, Smash for NBC, Under the Dome for CBS, Falling Skies for TNT, The Borgias and The United States of Tara for Showtime, and Las Vegas for NBC.

About TIME Studios
TIME Studios is the Emmy award-winning television and film division of TIME, the global media brand that reaches a combined audience of more than 100 million around the world. Built on the foundation of TIME’s award-winning visual journalism, which has earned over 55 major awards and nominations in the last seven years, as well as 577 million video streams across all platforms in 2019, Emmy-winning TIME Studios harnesses the access and authority of one of the world’s most trusted and respected brands to bring premium truth-based programming to television and film around the world, while continuing to push the boundaries of journalism and visual storytelling through new cutting-edge mediums including virtual reality and augmented reality.

About This Machine
This Machine was founded in Los Angeles and New York in 2020. Headed by Award Winning filmmaker and non-fiction pioneer R.J. Cutler, This Machine explores the times in which we live through non-fiction and scripted storytelling in all media.