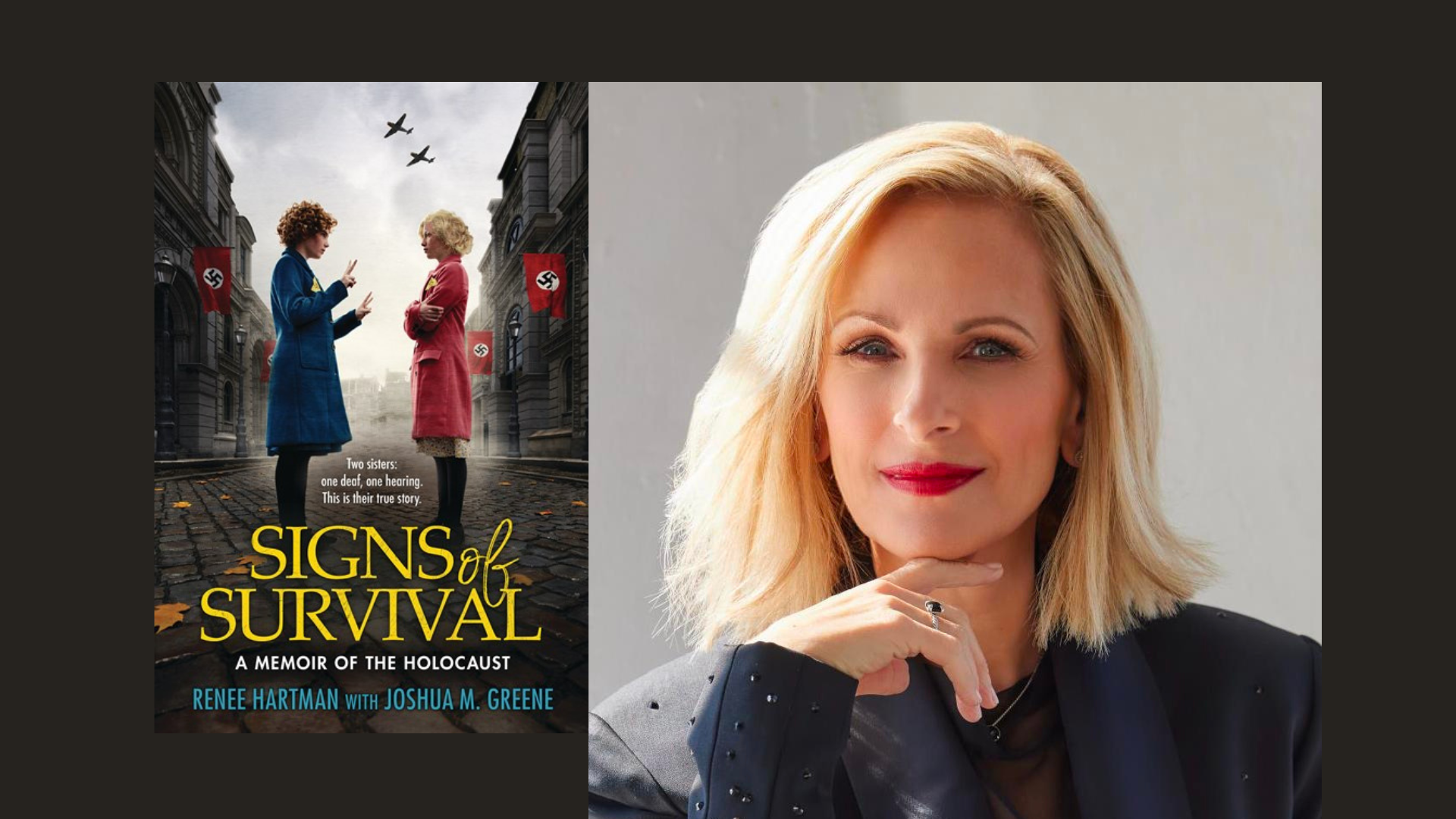 SIGNS OF SURVIVAL: A MEMOIR OF THE HOLOCAUST

AMBLIN TELEVISION, SCHOLASTIC ENTERTAINMENT, SOLO ONE PRODUCTIONS TEAM ON SIGNS OF SURVIVAL: A MEMOIR OF THE HOLOCAUST

Amblin Television is partnering with Scholastic Entertainment, the media division of Scholastic, and Marlee Matlin’s Solo One Productions to co-develop and co-produce a new live-action limited series based on the powerful Scholastic middle-grade memoir, Signs of Survival: A Memoir of the Holocaust, by Renee Hartman and written by Joshua M. Greene. This gripping true story is a testament to the power of sisterhood and love, and a reminder of how important it is to honor the past and keep telling our own stories.

Signs of Survival: A Memoir of the Holocaust tells the true story of Renee and Herta, two sisters who faced the unimaginable…together. As Jews living in 1940s Czechoslovakia, Renee, Herta, and their parents were in immediate danger when the Holocaust came to their door. As the only hearing person in her family, Renee had to alert her parents and sister whenever the sound of Nazi boots approached their home so they could hide. But soon their parents were tragically taken away, and the two sisters went on the run, desperate to find a safe place to hide. Communicating in sign language and relying on each other for strength, Renee and Herta would have to fight to survive the darkest of times.

Recognized most-recently for her role in CODA, which won Best Picture at this year’s Oscars®, Matlin won her own Academy Award® starring in Children of a Lesser God, and is known for her Emmy®-nominated television work including Picket Fences, Seinfeld, and The Practice, as well as The West Wing, The L Word, and Switched at Birth.

“As a Deaf, Jewish woman, I have been on a quest to find an authentic and never before told story of the Holocaust,” said Matlin. “This true story, based on the real-life events of two sisters, one Deaf and one hearing, inspired me even more to bring the story to the screen.”

“Renee and Herta’s story is harrowing and heart wrenching, and a powerful reminder of the importance of inter-generational storytelling,” said Frank and Falvey. “The ultimate hope is that thoughtful reflection on the past may foster a kinder future. We are fortunate to share this story alongside Marlee and Scholastic.”

“Scholastic is committed to sharing stories both in books and on screen that inspire and inform, so that all children can learn about themselves as well as the bigger world around them,” added Lucchese. “With Signs of Survival, a heroic story of two sisters surviving the Holocaust, Scholastic is proud to bring that ethos to deaf and hearing communities everywhere. There is no one we would rather partner with to tell this story than Marlee Matlin.”