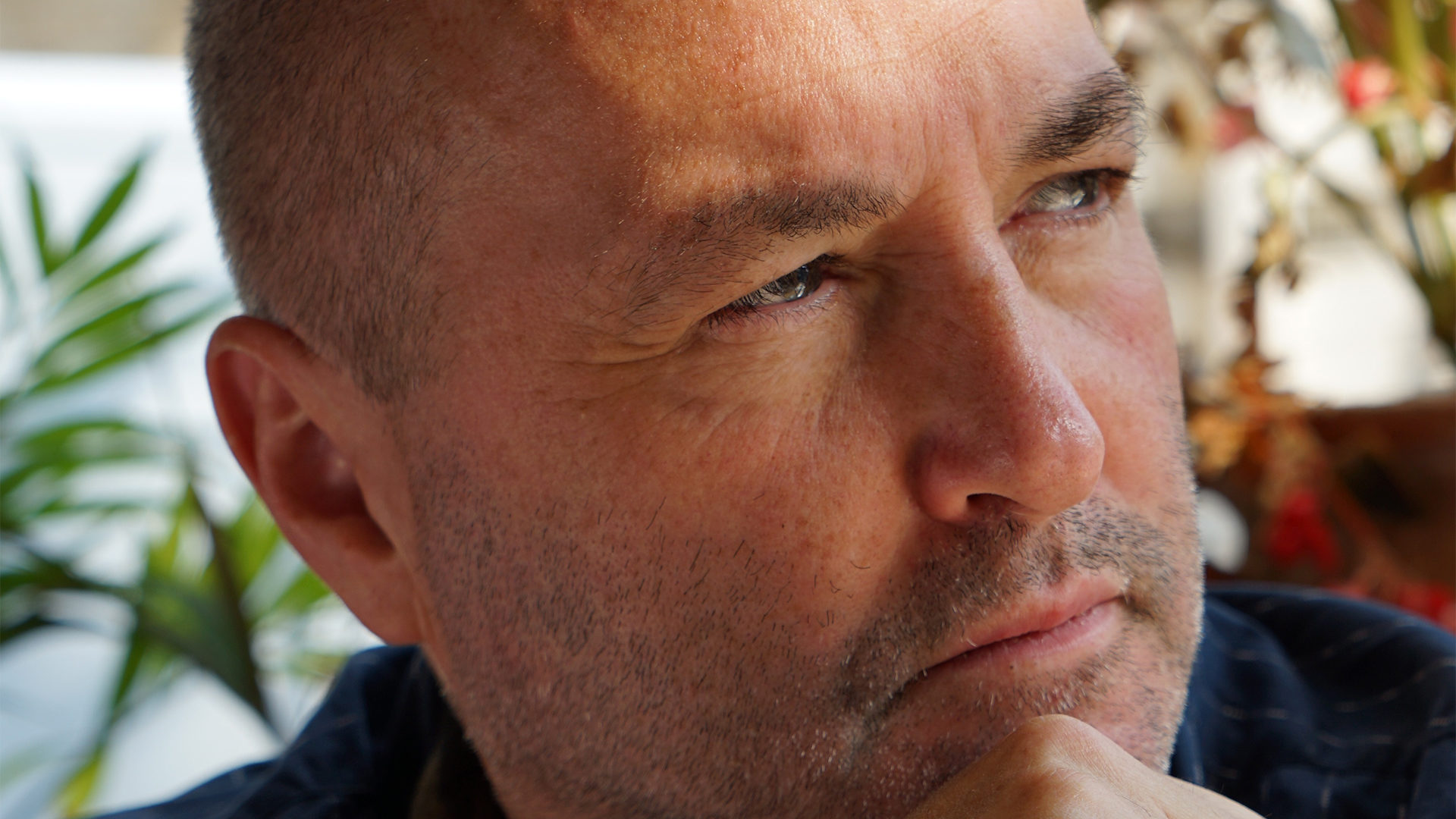 Apeirogon is an epic novel, rooted in the real-life friendship between two men, united in grief. A story of love, loss, and compassion about the unlikely friendship between an Israeli and a Palestinian who both lost a daughter to violence and turned their grief into action and activism. The novel releases on February 25.

Apeirogon was named a most anticipated book of 2020 by The New York Times, O, The Oprah Magazine, BuzzFeed, Esquire, AARP, Town and Country, and Library Journal.

Colum McCann is the internationally bestselling author of the novels TransAtlantic, Let the Great World Spin, Zoli, Dancer, This Side of Brightness, and Songdogs, as well as three critically acclaimed story collections and the nonfiction book Letters to a Young Writer. His fiction has been published in over forty languages. He has received many international honors, including the National Book Award, the International IMPAC Dublin Literary Award, a Guggenheim fellowship, the Pushcart Prize, and an Oscar nomination for his short film Everything in This Country Must. He is a member of the American Academy of Arts and Letters, as well as the Irish association of artists Aosdána, and he has also received a Chevalier des Artes et des Lettres award from the French government. In addition, he has won awards in Italy, Germany, and China. A contributor to The New Yorker, The New York Times, The Atlantic, and The Paris Review, he teaches in the Hunter College MFA Creative Writing program. He lives with his family in New York City, where he is the cofounder of the global nonprofit story exchange organization Narrative 4.

Amblin’s President of Production Holly Bario will oversee the project for the studio, along with Andrew Calof VP of Creative Affairs. “Colum is one of the finest authors of our time and Apeirogon showcases a master at the height of his craft,” said Bario. “What Colum has captured is humanity at its most raw, real and affecting; it’s a privilege to be bringing this story to theatrical audiences.”

“It's an extraordinary honor for me to be working with Amblin. Steven Spielberg and his company have always operated at the cutting edge of storytelling,” said McCann. “Amblin’s work is fueled by a deep moral concern. They go to the core of the issues of our day. I'm delighted that the story of Rami and Bassam will be in their hands.  The word 'apeirogon' means a shape with a countably infinite number of sides, and if anyone can capture the near-infinite shades and nuances of our times, it is the team at Amblin. This is the story of two men who manage to capture the pulse of the world through the narrative of their daughters."