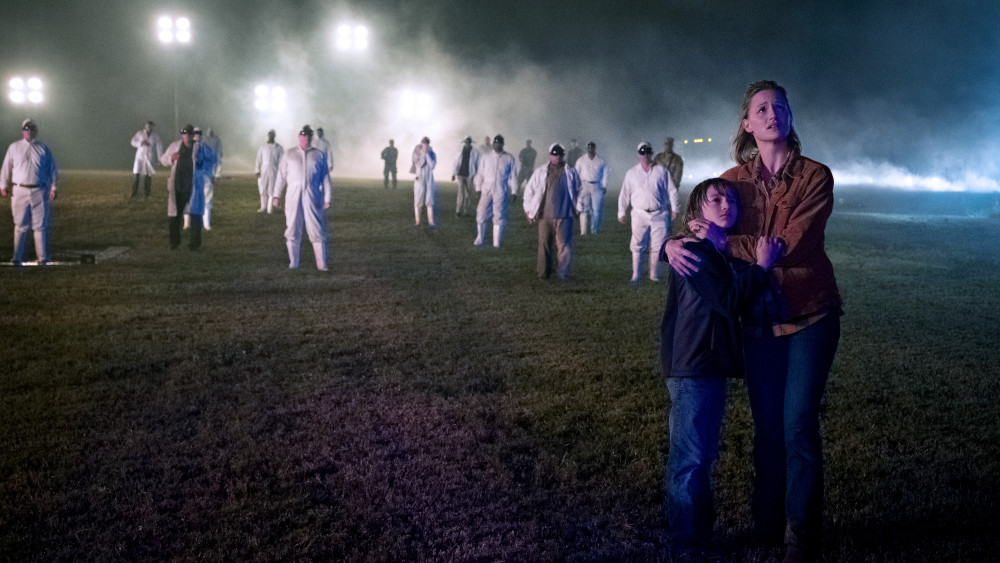 A reimagining of the original anthology series, each episode of Amazing Stories will transport the audience to worlds of wonder through the lens of today’s most imaginative filmmakers, directors and writers.

"Amazing Stories is a beloved show that has captured our imaginations, and we couldn’t be more excited to share its next thrilling iteration with a global audience of all ages on Apple TV+,” said Matt Cherniss Apple’s head of development.

Darryl Frank and Justin Falvey, co-presidents of Amblin Television said, “Alongside our partners Universal TV and our showrunners Eddy and Adam, we’re honored to bring a new anthology of Amazing Stories to audiences on Apple TV+, which serves as the perfect platform for us to deliver the emotionally engaging, wondrous tales that families can enjoy and experience together.”

The first image from the series provides a glimpse at The Rift, one of five episodes that will debut on March 6. The Rift is directed by Mark Mylod and stars Kerry Lynn Bishe, Whitney Coleman, Trisha Mashburn, Austin Stowell, Edward Burns (Saving Private Ryan) and Juliana Canfield.

The new Amazing Stories series will premiere globally on Apple TV+, a new home for the world’s most creative storytellers, and joins Apple’s 2020 spring slate.

Apple TV+ is available on the Apple TV app on iPhone, iPad, Apple TV, iPod touch, Mac, select Samsung smart TVs, Amazon Fire TV and Roku devices, as well as at tv.apple.com, for $4.99 per month with a seven-day free trial.