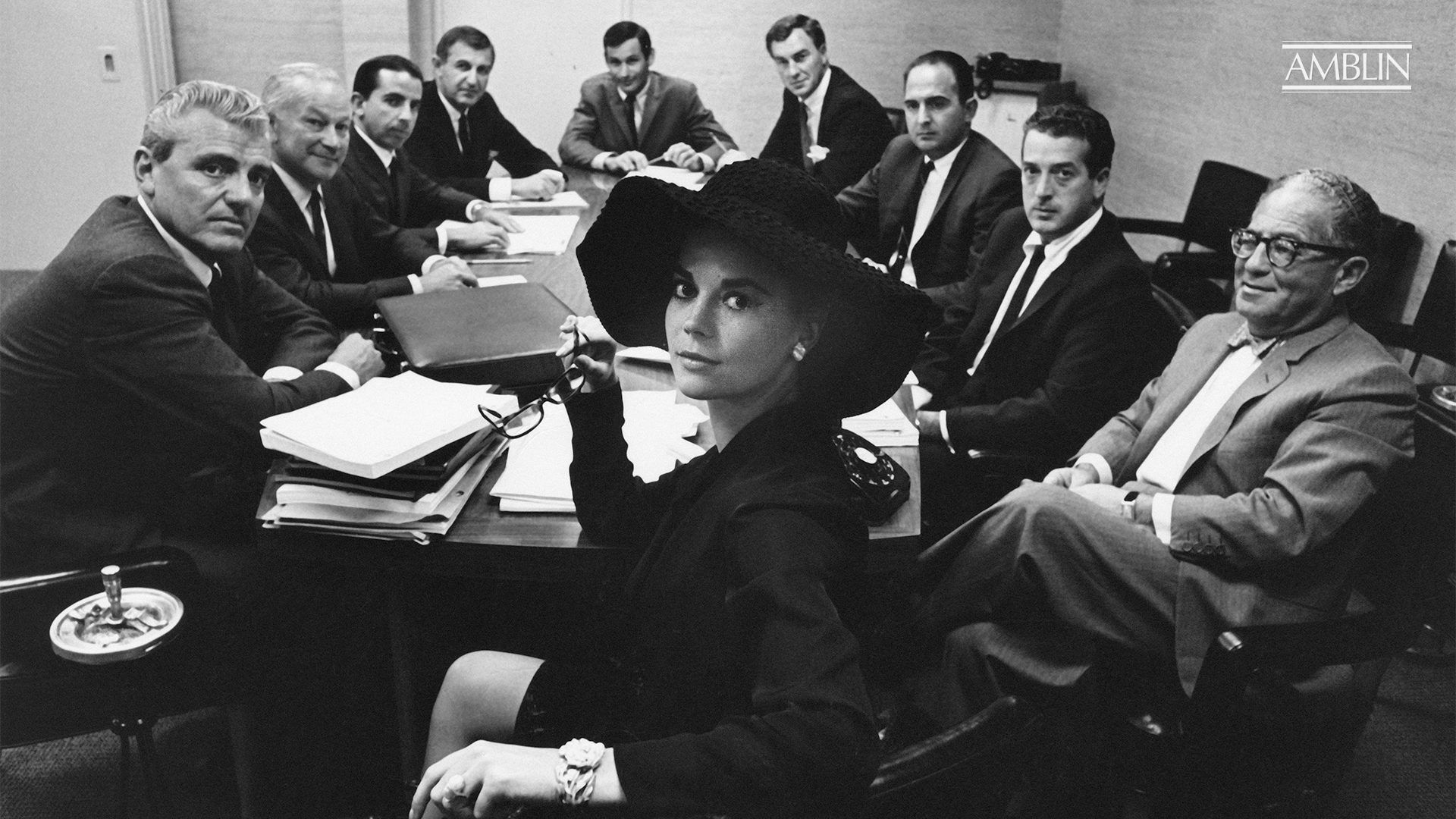 Laurent Bouzereau Reveals 'What Remains Behind' 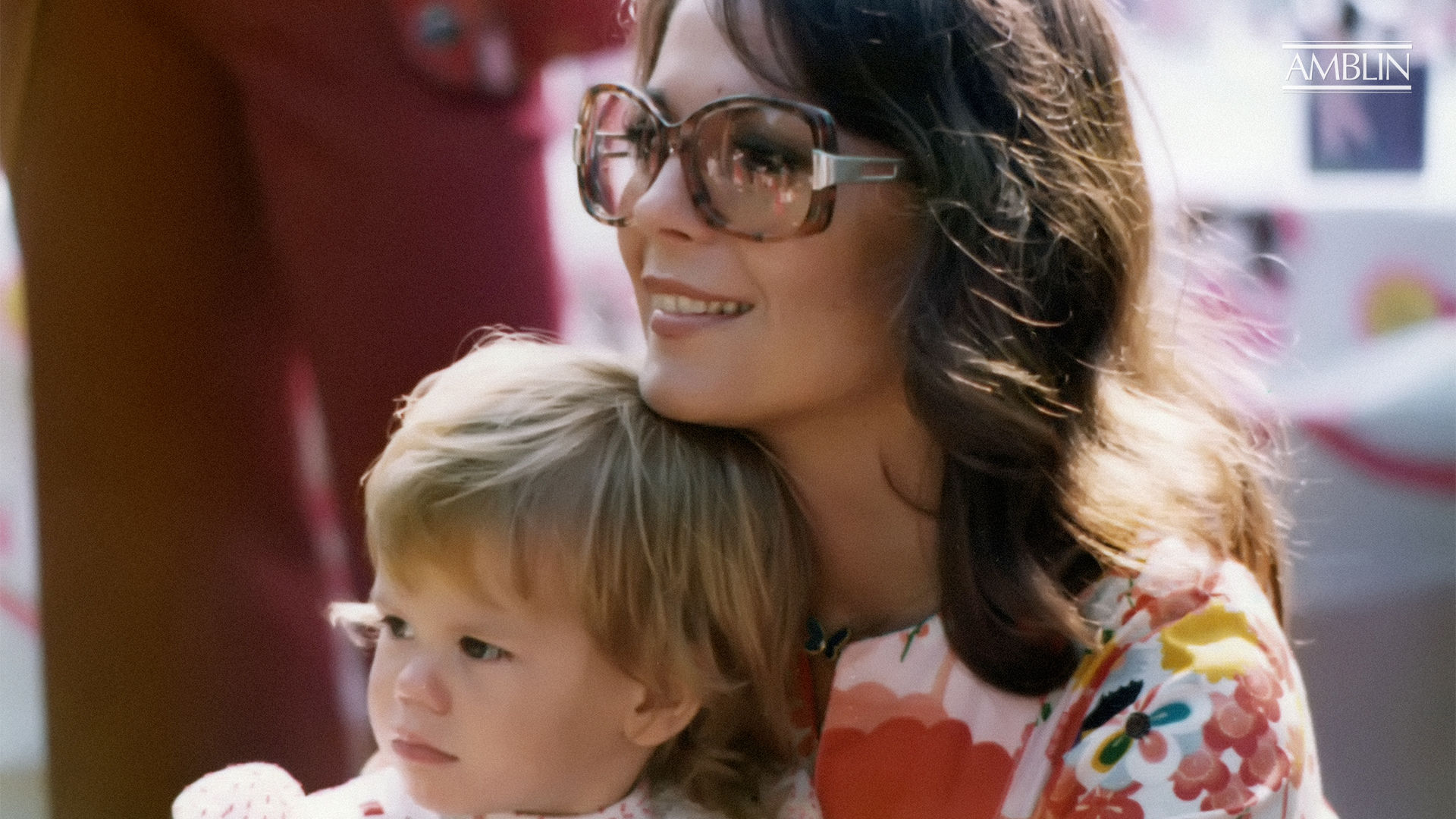 Amblin.com speaks with filmmaker Laurent Bouzereau about his latest feature documentary, Natalie Wood: What Remains Behind, an HBO/Amblin Television production debuting on HBO on May 5, 2020.

AMBLIN: What was the impetus for you in taking on this project?

BOUZEREAU: It came to me as a phone call from Manoah Bowman, a friend of mine who is one of Hollywood's leading archivists, and a collector and writer on Hollywood history. He had just finished writing a book, Natalie Wood Reflections on a Legendary Life, with Natasha Gregson Wagner [Natalie’s daughter]. He said that in his discovery of all this material and talking to the family, he thought it could be a really good documentary, and asked if I could recommend someone. I said, "Well, what about me?" He said, "I didn't want to assume that you were a fan." I replied: “If you don’t love Natalie Wood, then you don’t love cinema. I’m in.”

Manoah organized for me to meet with Natasha and we really hit it off. The wild card for me was also meeting with Natasha’s stepfather, Robert Wagner [“RJ”], because I knew we were going to go to places that were extremely sad and potentially polarizing, including Natalie’s death. I met with him in Aspen where he lives with his wife, Jill St. John, and we hit it off…One of the important things to mention is that even though the family was involved, they did not control the narrative of the film. I can honestly say, they were extremely respectful and this is the story I wanted to tell.

As I started my research, the film quickly became the story of triumph, of family, of love, of loss and ultimately triumph over loss.

AMBLIN: I'm sure you had to approach this with quite a bit of sensitivity in holding the memories and the pain and the love of Natasha and Robert in your hands, in your footage. What was that like for you as a filmmaker to hear their memories of a person they loved and then lost?

BOUZEREAU: This was one of the most emotional documentaries I’ve ever done. I was literally living the interview as an intimate discussion between myself and those people. Every interview had the joy, the love, the appreciation of the acting, the mother, the family, but eventually, you got to the death and the tragedy. That’s really what made this film a unique journey. It was very relatable because we've all experienced loss. We've all had this fear of losing people we love. I hope viewers will feel the way I felt.

It was very hard to remind myself that I was making a documentary film. It's a real dance creatively to get what you need, and I can tell you that I would come out of each interview absolutely drained. I took this on very seriously and tried to really dig deep into those feelings.

AMBLIN: Do you feel working on this project has changed you as a filmmaker in any way?

BOUZEREAU: Every single experience I’ve had in the past 27 years, has changed me or has made me hopefully a better filmmaker. The one consistent aspect is that I approach everything as a story; I ask myself: What is this about? What should my journey be about?

This was a lot harder than anything else I ever did because if I look at Five Came Back, for instance, that was emotional in many ways but more in the presentation and editing. In the filming, it was much more about getting perspectives on history and the facts.

One important thing was that I didn't want this new film to feel like old Hollywood…It was super important to me to make the interviews look very bright and fresh for instance; I would use windows and light to balance the tough aspects of the story.

I wanted it to be engaging for young people, even if they don't know who Natalie Wood is or have never seen one of her movies. I decided to have Natasha be the leading character, if you will—that’s why she's the only one looking into the camera.

AMBLIN: What did Natalie Wood mean to your life as a film lover and a historian before you started on this film?

BOUZEREAU: I had just moved to New York and a friend of mine who worked for MGM invited me to see Brainstorm at the Ziegfeld Theatre. Of course, I knew Natalie was gone by then [Wood died during the production of the film], but the experience of seeing the movie was unforgettable and as I sat through the end credits and saw the dedication ‘To Natalie,’ I remember being moved to tears.

Splendor in the Grass, West Side Story, and her other films, I had seen in Paris, when they were re-released or at the cinematheque. But getting back to Brainstorm for a moment, the thing that is so interesting about it, is that yes, you have this whole science fiction aspect to it but it's a story of woman, Natalie Wood, and her husband, played by Christopher Walken, who have fallen out of love and are in the middle of a divorce. Through this technique that they've been developing where you can relive memories and you can film VR experiences, he shows her memories they've shared in the past and she learns to fall in love with him again. And that's sort of her story with Robert Wagner. They were married when they were very young, too young perhaps, they got divorced and eventually rekindled and were married again. Knowing now that she picked the films she wanted to make, you realize that you can learn so much about who she was and what she stood for by seeing her work; I think of her as ‘an autobiographical actor.’

One other memory has to do with West Side Story, which I saw in France when I was growing up in the 70’s. Back then, movies didn't come out at all during the summer because everybody was gone [on holiday], so they would re-release great classic films. My dad took me to see Ben-Hur and The Ten Commandments, and my grandmother took me to see Gone with the Wind…brand new prints and in big movie theaters.

One summer, my dad took me to West Side Story. He was parking the car and it had rained. I was waiting for him and I slipped–I literally fell flat on my face. I really hurt myself and I remember sitting down to watch West Side Story in horrendous pain. Then it was gone because, of course, I was immediately enchanted by the movie. But I would say that Splendor in the Grass is probably one of my favorite movies of her. I really hope people who see the documentary, will feel to watch some of Natalie's movies.

AMBLIN: Which Natalie Wood movies would you suggest that people watch either before or after seeing your documentary?

BOUZEREAU: Aside from Brainstorm and Splendor in the Grass, I would say Love with the Proper Stranger is another great one, Rebel Without a Cause for sure. One that I grew to like even though it’s not completely successful is Inside Daisy Clover. It's a movie about Hollywood and it says so much about her. One that was a discovery for me because I had actually not seen it until I worked on this film is This Property is Condemned, by Sydney Pollack with Robert Redford. That movie is almost like her A Streetcar Named Desire. She is absolutely spectacular in that movie. It's Tennessee Williams, of course, and I think that Redford is just so good. No wonder he made more movies with Sydney Pollack because you can see a star emerging in that film. You can see a director really understanding the power of those two actors together.

AMBLIN: Between conducting interviews and What Remains Behind’s premiere on HBO, two key participants in the film, Richard Gregson (Natasha’s father) and Mart Crowley, who had been Natalie’s assistant and would go on to write The Boys in the Band, both passed away. Can you reflect on this in regards to your work?

BOUZEREAU: It reinforces to me the power and the importance of doing these films about people who matter, people who made a contribution to an art form. We are quickly losing all the witnesses to an era that created the language of cinema.

But speaking of Mart Crowley who I knew well–he insisted on having the same set-up as RJ, with Natasha in the shot, asking him questions. I agreed, reluctantly, but I’m so happy he suggested it. Natasha looks so much like her mom, and Mart was so close to both Natalie and Natasha, that you get a clear view into how special that bond was. And I’ll argue that it’s impossible to tell the full story of Natalie Wood without Mart–so having him in our film is a gift, and the same with Richard Gregson.

AMBLIN: A biographical documentary like What Remains Behind, can help illuminate an entire body of work. That shows the richness of film that, on its own, people may not be able to get. I think it shows the importance of the work you do.

BOUZEREAU: Well, thank you. For me, this movie is really the story of a family, not unlike any other family with the good and the tragic. And it’s a film that reveal Natalie Wood as a contemporary woman, someone who dealt with defending equality for women, and who supported the LGBTQ community, among so many other things. I hope people will be moved, inspired and will keep her flame alive for many years to come.

Natalie Wood: What Remains Behind premieres on HBO on May 5, 2020. Directed and produced by Laurent Bouzereau, the film was selected as a World Premiere Documentary at the 2020 Sundance Film Festival. The feature-length documentary is an HBO/Amblin Television production.

Bouzereau also directed and produced for Amblin the acclaimed Netflix series Five Came Back, based on the best-selling book by Mark Harris, with an Emmy-Award-winning narration by Meryl Streep and directed and produced Don't Say No Until I Finish Talking: The Story of Richard D. Zanuck, as well as the TCM/Amblin series A Night at the Movies. Among other Amblin projects, Bouzereau directed Steven Spielberg & John Williams: The Adventure Continues for Sony Classical, as well as the behind-the-scenes documentaries on Steven Spielberg’s The Post, Ready Player One, and Spielberg's upcoming adaptation of West Side Story.

In 1995, Bouzereau wrote, directed and produced The Making of Jaws, his first of many documentaries for Steven Spielberg, hence joining the home entertainment revolution. Bouzereau has directed, written and produced hundreds of documentaries on the biggest films in the history of cinema, by some of the most acclaimed directors of all-time, including Steven Spielberg, George Lucas, James Cameron, J.J. Abrams, Alfred Hitchcock, David Lean, Martin Scorsese, Brian De Palma, William Friedkin, Robert Zemeckis, Warren Beatty, Michael Crichton, Peter Bogdanovich and others.

Steven Awalt is editor and digital content producer for Amblin.com. He's written extensively on the career of Steven Spielberg for nearly two decades, including in his book, Steven Spielberg and Duel: The Making of a Film Career (Rowman & Littlefield, 2014), about the making of Spielberg's breakout 1971 thriller. 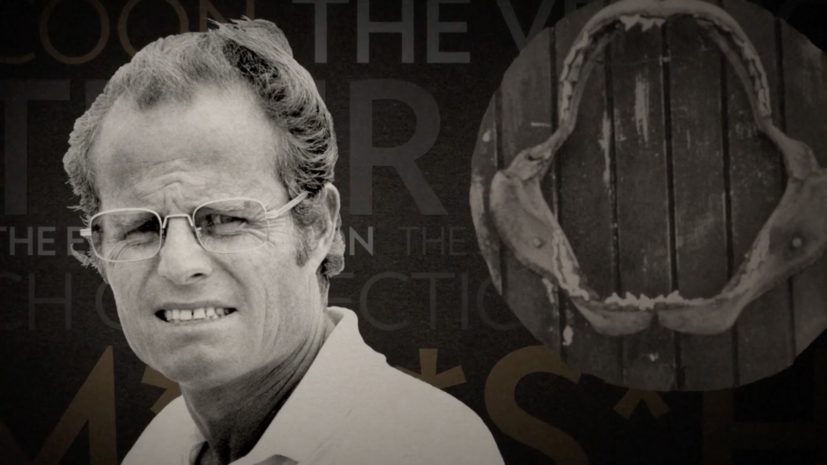 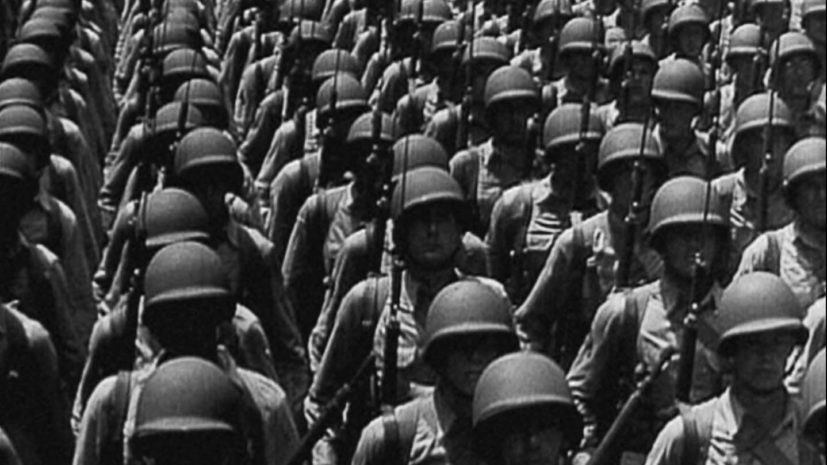